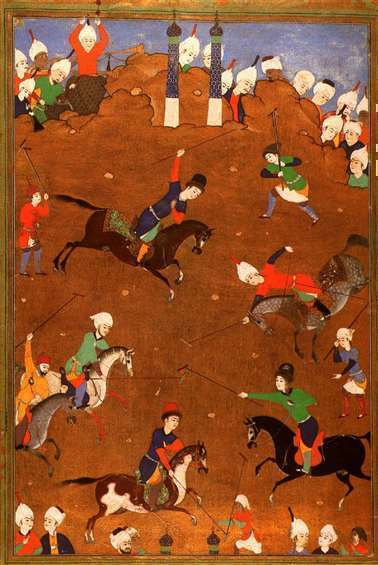 Drawning of the Sarai Albums.

The Muzaffarid era which ruled and dominated the Shiraz art was brought to an end by Tamerlane (Timur). Timur had established himself at Samarkand in 1370 and for the next 35 years campaigned all over Asia, Iran, Mesopotamia, Syria, North India and Anatolia (after the Ottomans were defeated at the battle of Ankara in 1402). The effects of Timur (Timur was a Turk) were different than the Mongolian invasion effect in terms of art, economics and social systems. The paintings can be categorized as secular art.